Now there is a hope that the alternatives of Github can be free o maybe they are going to provide free service. There are also some of the alternatives which provide a part of the service that is free, but no one from them provides a free option in their package. There is a list of alternative which is given as

Gitlab is open-source, which can be used as free of cost. Its most of the features in the sense of feel and use are quite the same as the Github. It can be downloaded and installed on your own server. It is a comparatively good software to move your project from one place to another. It provides you hosted service, but you also have to spend money on it. It is one of the best alternatives for the GitHub. Moreover, it can also be very helpful for the user.

It is a collaboration platform from Canonical. It is a parent company of Ubuntu. It has used by many for the purpose of projects, and extensive use has been done by Ubuntu. It provides instruments like bug tracking, and also the projects related to PPA and bug-tracking are being done by it. It is working for several years, but it is not as popular as Github, but still, it can do the job quite well. It is also supported by Git. You can host the repositories of Git on Launchpad.

It can be said that it is quite similar to google cloud. Moreover, it is also a good alternative for Github. AWS provides you free tier, which does not mean that do not end whenever the trial ends. So it can also be said that it is free. In this AWS code command, you can have up to 5 users and up to 50 GB of storage capacity. If you want t o to add more users, you can, but for that, you have to pay, and that payment would be $1 per extra user.

It is a small tool for the developers to use instead of the Github. Buddy is also another software that can be used instead of Github. It is also an efficient software. It can be used to lower the entry threshold to DevOps. Some of the major features of this Buddy are:

It is open-source, which can be used as an alternative to Github. It is a really powerful, fast, and highly-scalable code hosting platform. It provides you multiple tools in bulk, and the purpose of these tools is to build the software projects quickly. You can use hosted services, and you can self-host on your VPS.

It is an open-source, flexible, extensible, and pluggable project hosting platform. As it is known, Apache Allura is an open-source implementation of software forge. It provides you with a collection of tools to assist people in collaborating on software projects. It also has a feature of issue tracking, powerful searching, and syntax highlighting. For instance, it is self-hosted on Allura.

It is one of the full power software which can be used as an alternative to Github. It is a fully scalable and high-performance platform that is developed for professionals. It can be very helpful for professionals, and it can be very useful for them. The students and the open-source project can get a free account here without any cost. You can easily import the repositories of Github to Bitbucket. It has remarkable characteristics such as Bitbucket pipelines, code search, and pull requests. It also tries to safeguard your work

That’s all for now, as we have seen there are so many alternatives for the Github. Moreover, these all can be used if one is facing any kind of issue. All of them are good software. The features of most of them are quite related to each other. These all the alternatives which you have seen are well-researched articles. More amongst them, anyone can be used for the purpose of collaboration on software projects.

Why the alternative of Github to be used?

When you are not getting your required demands on Github, or you are facing different kinds of issues regarding Github, and you want to change the software, you will definitely require an alternative to go with.

Github is a software to host open-source projects.

Is there any of the alternative have the same features like Github? 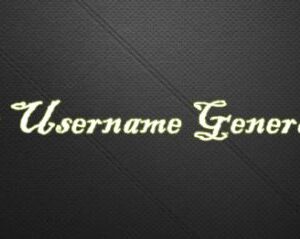